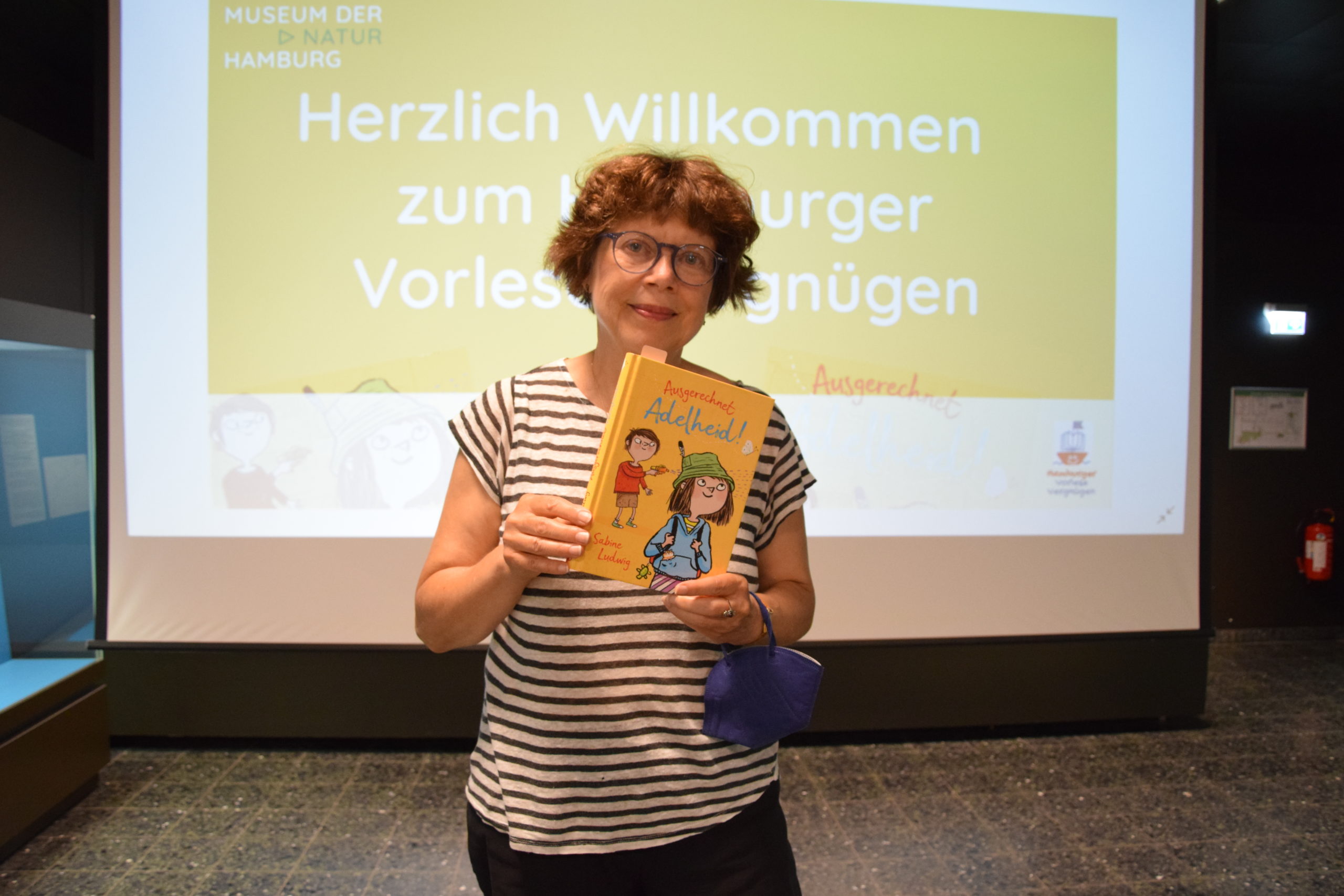 The summer literature festival once again made a stop at the Museum of Nature Hamburg. For the seventh time, the VorleseVergnügen is taking place in the Hanseatic city. Until Friday, children and young people can listen to readings by very different authors or take part in workshops at a total of 34 events. We were joined by Sabine Ludwig, who presented her children’s book “Ausgerechnet Adelheid!”.

Around 50 children came by and listened to the story of Adelheid, who has to hold her own against her older and supposedly more talented sisters while she herself repeats the third grade. In the meantime, they were allowed to ask questions directly to the author, which Sabine Ludwig answered directly. “In all my books, I have tried for over 30 years to show that every child is as great as they are and has a voice in this world. This book is mainly about friendship,” says Sabine Ludwig. 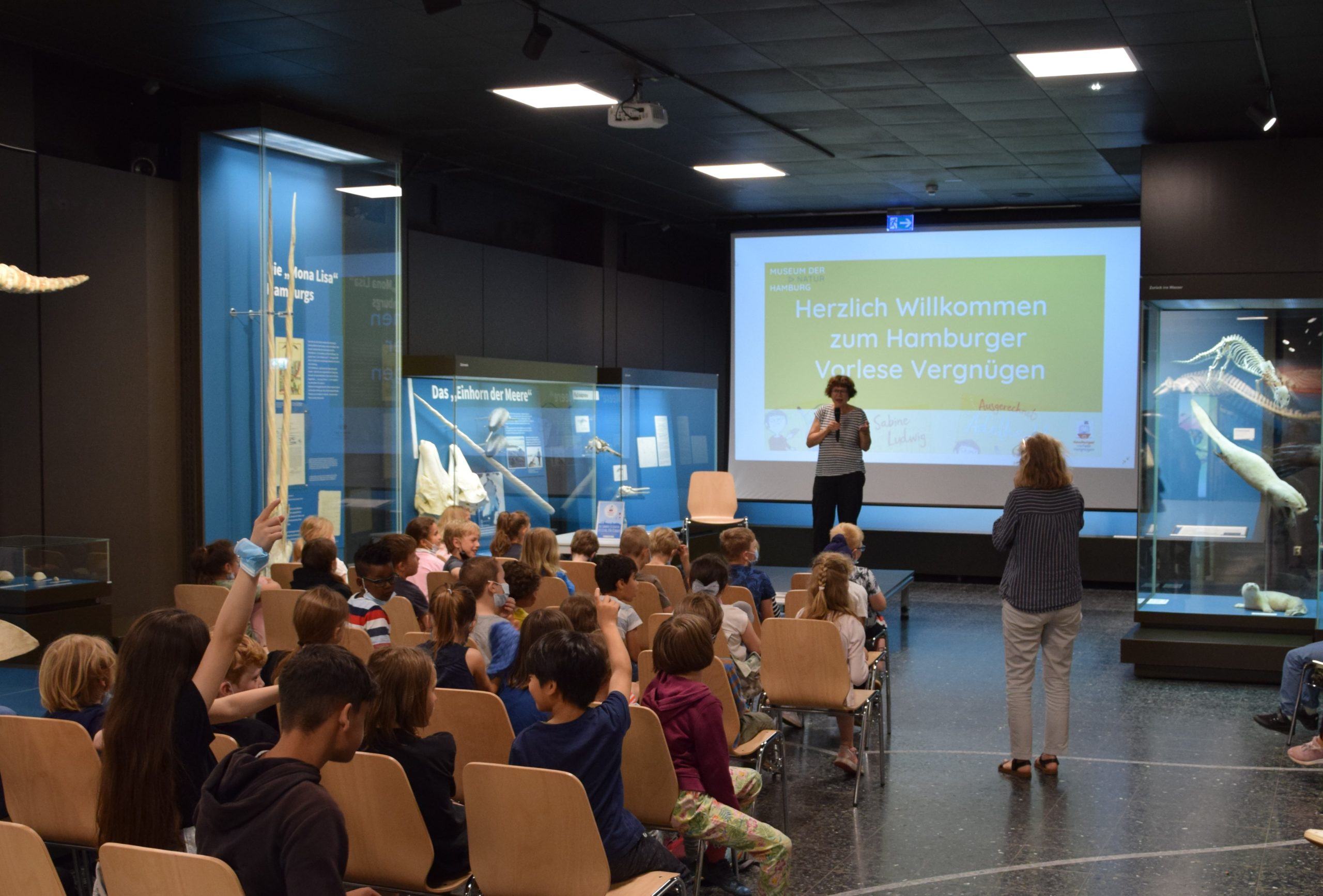 After the reading, the girls and boys were able to take the museum for a spin and explore the permanent zoology exhibition. The book on the reading is available here, among other places.