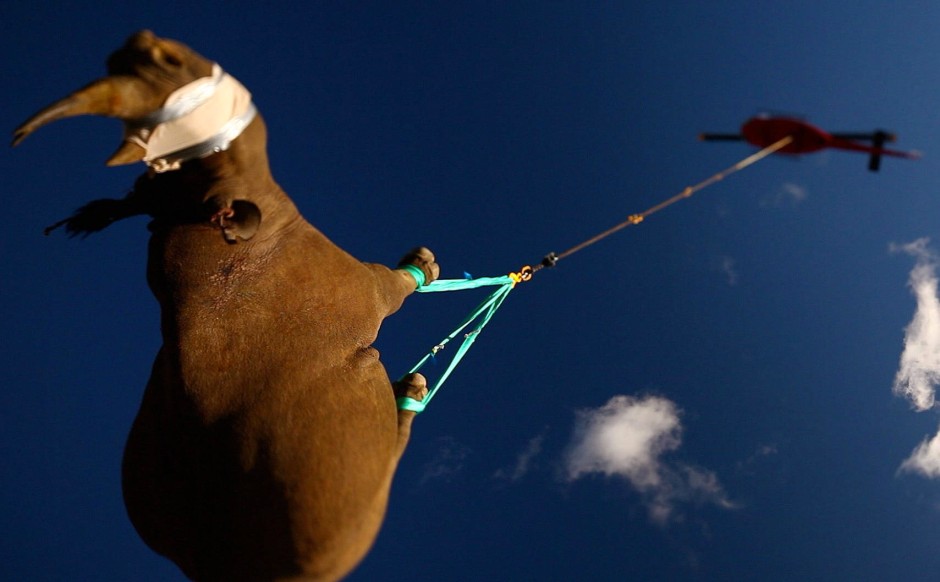 Scenes of a relocation in South Africa: Here, an entire herd of rhinos is flown by helicopter to a new habitat. © greenrenaissance.co.za

Biodiversity on earth is decreasing. However, species conservation has only limited resources at its disposal. For this reason, the measures in which resources are invested must be well evaluated. In a recent article, Bernhard Hausdorf, Head of the Mollusc Section at the LIB Hamburg site, discusses perspectives for species conservation and points out several issues where trade-offs need to be sought in order to conserve species more effectively.

On the one hand, there are often calls for the conservation of populations that are barely viable due to low population size and genetic diversity. On the other hand, scientists propose to increase the genetic diversity of geographically fragmented populations threatened by inbreeding by transporting individuals. “Sometimes, it is not considered whether these are highly differentiated population groups, “nascent species”, and whether they would be able to survive without such costly measures”, Hausdorf counters.

“Unfortunately, this also requires trade-offs: We have to trade off the number of units to be conserved within species against their population size and genetic diversity,” Hausdorf summarises. In addition, he says, it is also necessary to find a trade-off between optimising the fitness of populations under current environmental conditions and increasing variability and thus maladaptation in order to genetically prepare populations for upcoming changes in environmental conditions.

The use of available funds for increasing habitat area and connectivity can be more sustainable and cost-efficient than assisted migration between populations of a few species. Therefore, he urges, “If we are aiming for ambitious goals – such as conserving half of the habitats on land and in the sea – we have to focus on this goal and should not invest too many resources in protecting individual species.”