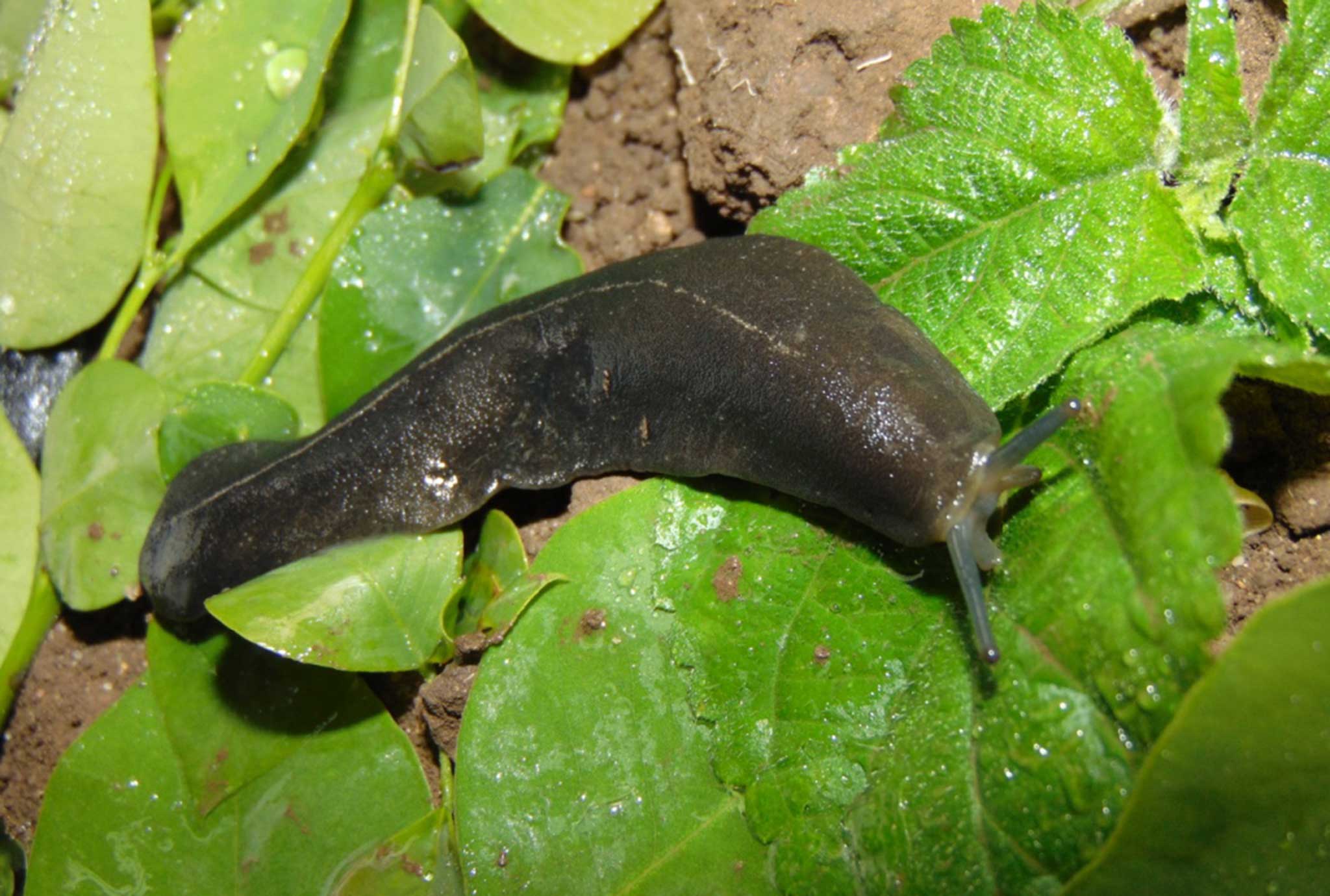 Laevicaulis alte, an invasive species from tropical Africa that was introduced into Egypt in 2018. © Reham F. Ali

Invasive land snail species can displace native species and harm human health. A recent study by the Leibniz Institute for Biodiversity Change Analysis (LIB) compiles an overview of the exponential increase and dynamic spread of land snail species introduced to Europe and the Mediterranean from other continents.

To date, there is a lack of information for the spread of alien species, especially invertebrates such as snails. “Despite efforts to compile lists of alien species, there is not even a well-documented inventory of alien invertebrate species for Europe,” emphasizes Prof. Dr. Bernhard Hausdorf, section leader Mollusca at LIB. His study, just published in the journal NeoBiota, provides a basis for decisions on further measures to control or eradicate introduced populations.

Land snails play a supporting role in ecosystems. They decompose decaying plants and thus play an important role in nutrient cycling and soil formation. However, more and more species are being spread beyond their native range, usually by humans, sometimes intentionally, but often unintentionally by goods or travellers.

The study examines 22 land snail species introduced to Europe and the Mediterranean from other continents. Most of them are small, live on decaying plant parts and apparently cause few problems. In contrast, carnivorous species can threaten native species; and species that feed on living plants can cause damage to agriculture. Some even serve as hosts and vectors of parasites that can cause brain encephalitis, for example, and thus can indirectly harm human health.

Harmful species include the Laevicaulis species recently introduced to the Mediterranean from tropical Africa and the African giant snail Lissachatina fulica. They can cause economic damage on irrigated farmland or in greenhouses by destroying or contaminating crops, making them unsaleable.

Hausdorf’s study compiles records of land snail species introduced to the Western Palearctic region, Europe and the Mediterranean, from other regions after 1492 and established in the wild. In doing so, he observes that the number of alien species has increased steadily since the 19th century, even exponentially from the 1970s onward, and that the introduced species have become more widespread.

Within Europe, alien species generally spread from south to north and from west to east. Thirteen of the 22 species studied were from North America, three from sub-Saharan Africa, two from the Australian region, three probably from the Oriental region, and one from South America.

Even if trade relations and the spread of species can be correlated, Hausdorf believes that the prevailing climate is primarily decisive: “The spread of many of the introduced species, especially the tropical species dispersing in Mediterranean, is probably favored by climate change.”

The study proves the strong spread of the land snail species Paralaoma servilis. It was introduced from the Australian region and over the past century has become increasingly established in the Mediterranean region as far as northern Europe. © LIB, J. Lauschke
The study demonstrates the exponential increase in land snail species from other regions that have been introduced into Europe and the Mediterranean. © LIB, B. Hausdorf