This sand earwig once lived in Hamburg: A 3D-scan of our Treasure of the Month. © LIB, Pamin

Our treasure of the month is the largest earwig living in Germany: the sand earwig. It was found for example in 1940 in Boberg in Hamburg, where it is now presumably extinct. Elsewhere, however – such as in Brandenburg or southern Europe – our treasure can still be found in damp, sandy areas.

“In the next few years we would like to find out whether the sand earwig might still exist in Hamburg,” says Dr habil Martin Husemann, head of the Hemimetabola & Hymenoptera section at the Museum of Nature Hamburg. At present, he says, his goal is to compile a type-catalogue of one of the largest German earwig collections, and also to use the local finds of species to make an endangerment assessment for Hamburg: “From all our specimens of earwigs in the collection, we want to develop a ‘Red List’ for Hamburg and check which species occur in the federal state and what their protection status is.” In total, there are around 300 different species in the collection, more than 10 per cent of the approximately 2,000 known species worldwide. 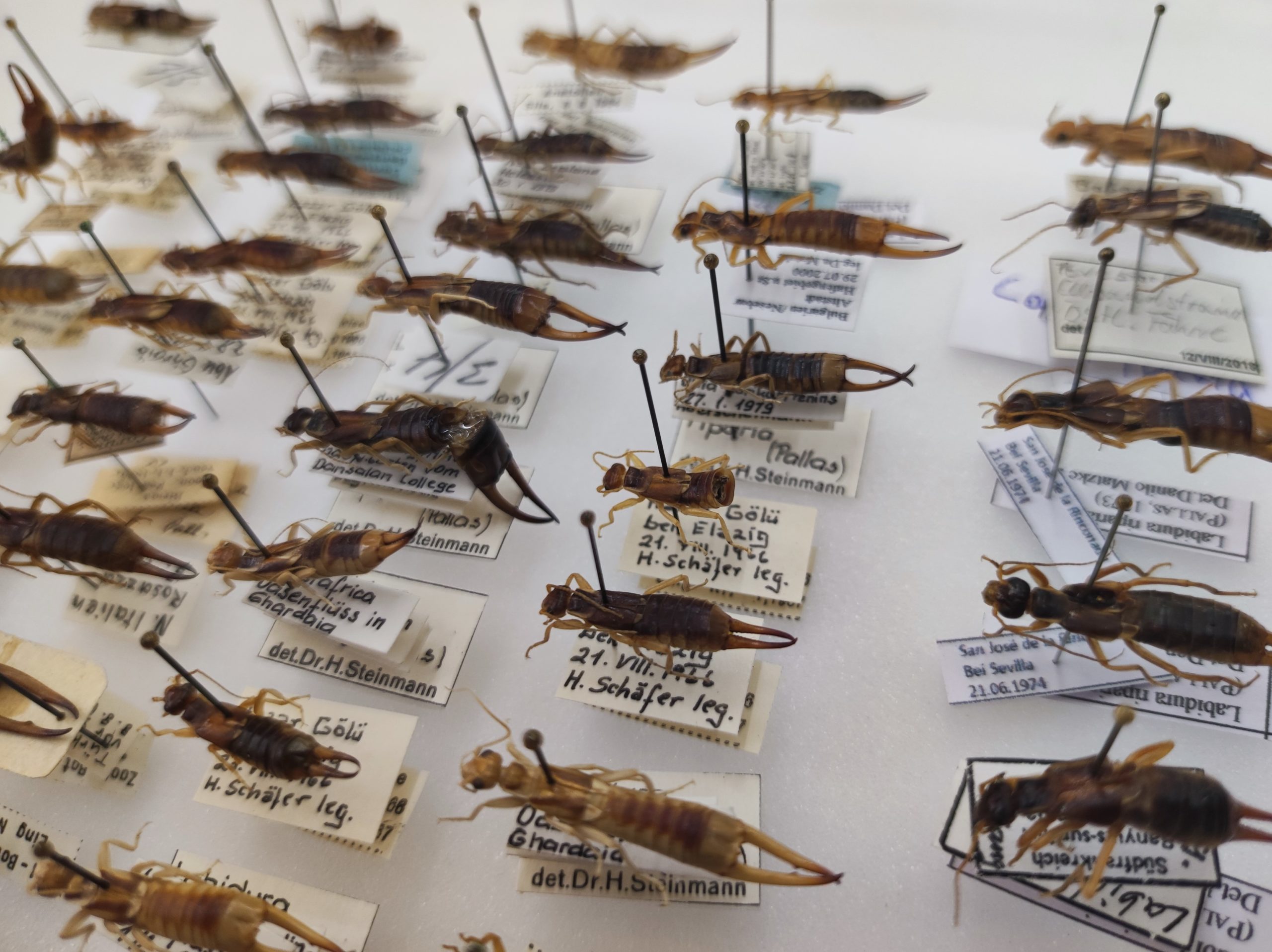 The collection box in the Museum of Nature Hamburg with the sand earwigs. © LIB, Steinkröger

There are a total of seven native species – two of which are mainly found in mountainous areas. In Hamburg we can still find the bush earwig, the forest earwig, the common earwig; the lesser earwig is to be expected. Anyone who comes across our treasure or the also rare lesser earwig in Hamburg can contact Martin Husemann and thus support his future research.

While the smallest earwig only grows to a few millimetres in size and likes to stay in dung heaps, our two to three centimetre long treasure can be found in sandy, damp places. For this reason, Martin Husemann believes that the nature reserves in Hamburg – the inland island of Neßsand as well as the Boberger Dunes – where the species was historically found, have a good potential to rediscover it there.

In general, researchers know little about earwigs, although they occupy an important place in the ecosystem, according to Husemann. For example, our treasure also has wings – although they can fly, they probably rarely do. Moreover, this species is so variable in its body structures that many forms were originally described under other names. It uses its characteristic pincers mainly to unfold its wings and also when mating.