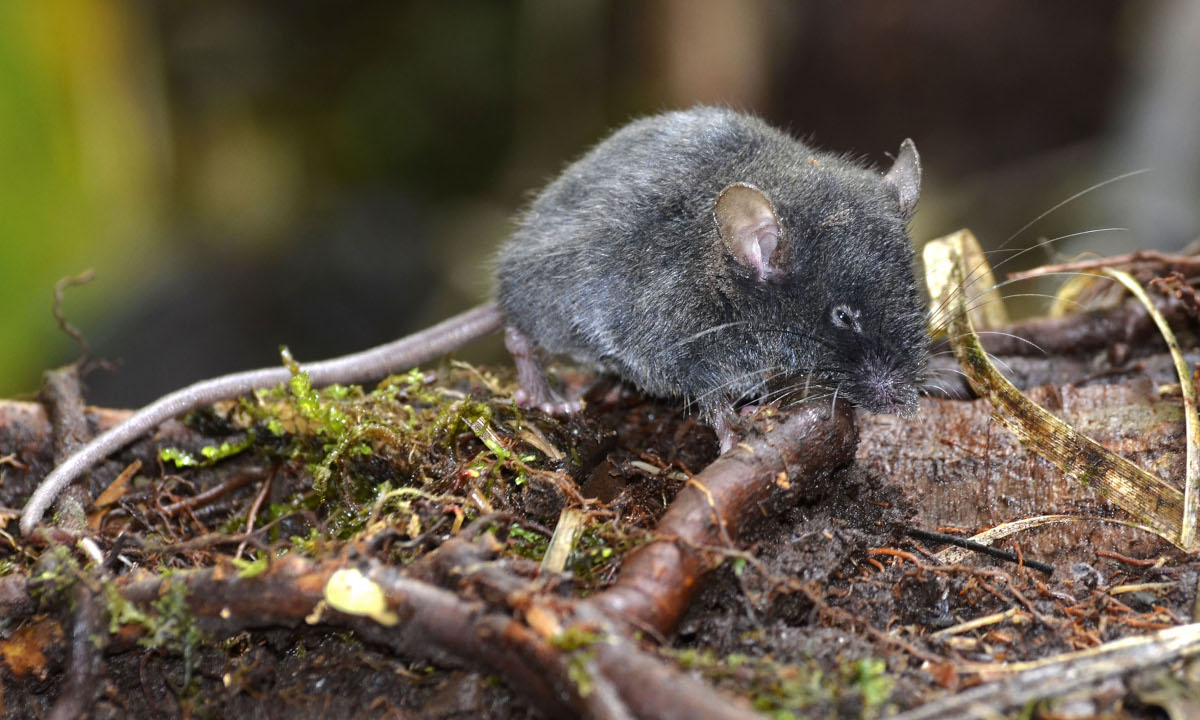 More mouse species in Ecuador than originally thought: After eleven years of field work in the Andes, a research team with LIB participation was able to describe five new species of the mouse genus Chilomys. The species with unique specialisations live at altitudes between 1,200 and 4,050 metres. The names of the new mice species honour important personalities.

The international expert group of the now published study collected a considerable number of individuals of the mouse genus Chilomys. The small animals are difficult to catch, which is why the extensive field studies took several years. “Using comprehensive methods, we have been able to prove that the species previously referred to as Chilomys instans in Ecuador is indeed a complex comprising at least five new species,” explains Dr. Claudia Koch, curator at the LIB, Museum Koenig Bonn. This was based on genetic studies as well as morphometric analyses and three-dimensional cranium reconstructions made by means of computer tomography images.

Prior to recent discoveries the genus Chilomys consisted of two species: C. fumeus, which is restricted to the northernmost Andes in Colombia and Venezuela, and the widespread C. instans, the type species of the genus, which occurs from central Colombia to northern Peru. Due to the resent results the researchers suggest that Chilomys probably has additional diversity in much of Colombia and Peru, necessitating a revision of the entire genus.

The authors of the study chose the names for the new species as homage to various personalities: Chilomys carapazi from the western flank of the Andes in honour of Richard Carapaz, an Ecuadorian professional cyclist who, like this new species, comes from El Carchi province. Chilomys georgeledecii, also from this province, was named in honour of the Czech-American conservationist George Ledeci, in recognition of his efforts to protect and conserve forests in the Andes of Ecuador. Chilomys neisi lives between the provinces of El Oro and Zamora Chinchipe and was dedicated to the Ecuadorian Olympic weightlifting champion, Neisi Dajomes. Chilomys weksleri, which is distributed in the foothills of the Western Cordillera of the Central Andes between the provinces of Pichincha and Cotopaxi, and Chilomys percequilloi, which occurs in several localities in the provinces of Napo to Morona Santiago on the eastern flank of the Andes, were named in honour of the Brazilian rodent specialists Marcelo Weksler and Alexandre Percequillo, who made great contributions to the study of mammals in the Neotropics.

The authors of the five new Chilomys species conclude their study by suggesting that the newly discovered diversity is due to allopatric speciation (speciation by geographic isolation) related to the effects of quaternary glacial cycles on vegetation belts. The genus Chilomys emerges as a group of morphologically distinctive Andean rodents with unique specialisations related to the position of the incisors, probably indicating a diet specialised in invertebrates.