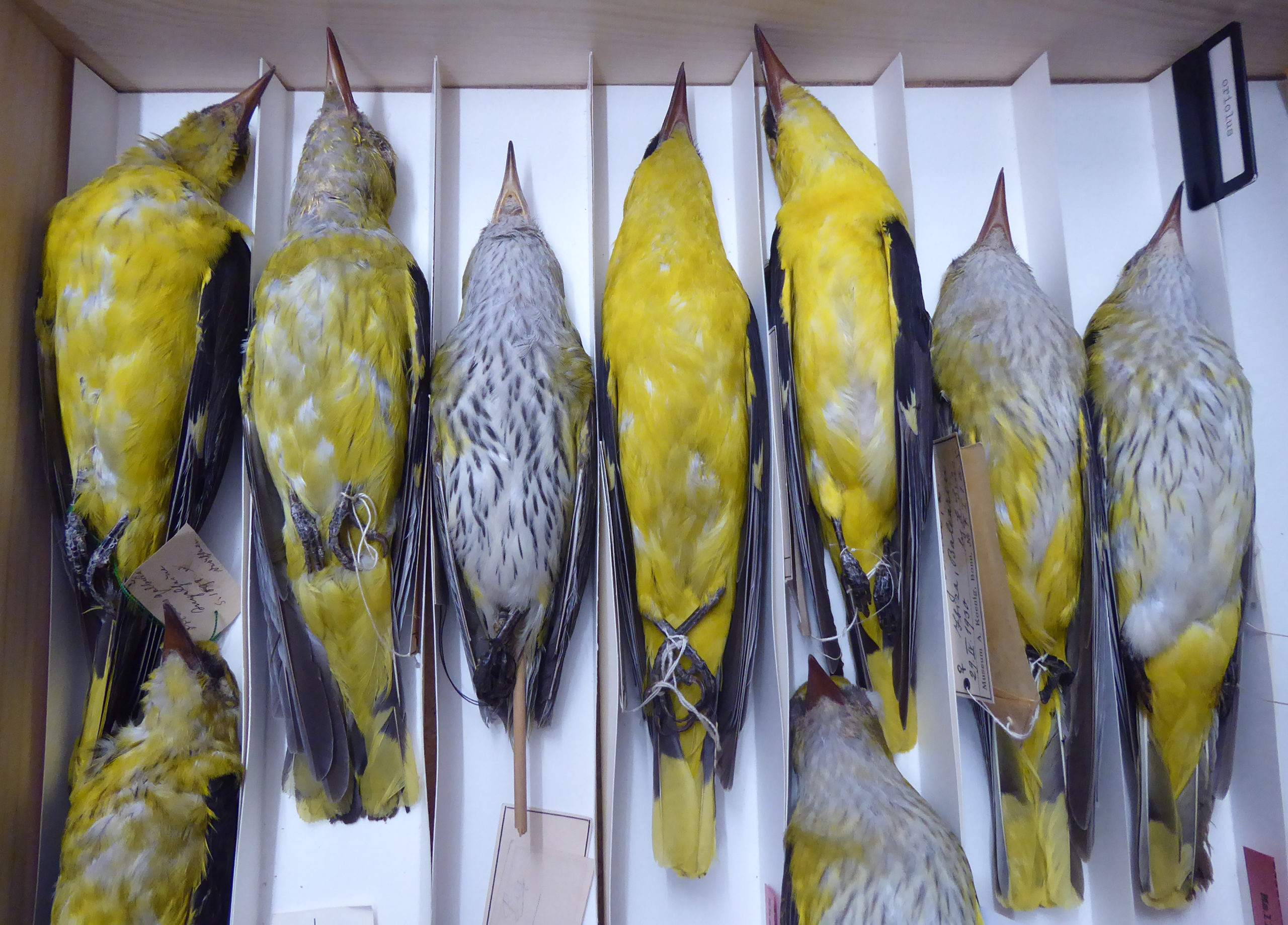 A look inside the collection drawer at the Ornithology Department in Bonn. © Till Töpfer

When Alexander Koenig, the founder of the museum in Bonn, collected this female oriole in his youth, he could not have imagined that this bird would one day contribute to the reconstruction of bird migration and the climatic history of Africa.

The attractive and melodious fluting oriole Oriolus oriolus is a real gem among native birds. Most species of the oriole family live in the tropical forests of Africa and Asia, and our treasure also migrates to tropical Africa every year. Where exactly their wintering grounds are located, however, is so far only incompletely known through scientific bird ringing. With the help of modern stable isotope analyses, which examine the quantity ratios of the various forms of selected chemical elements contained in the feathers of the birds, the wintering areas of the oriole could now be geographically delimited more precisely. A team with the participation of the Ornithology Section of the Bonn LIB site at the Museum Koenig found that.

“If the isotopic composition of an area is known and we know at what time the feather grew, we can draw conclusions about the birds’ whereabouts,” says Till Töpfer, the section leader of ornithology in Bonn. Because orioles only change their feathers in the African wintering grounds, these locations can be determined even when the birds have long since returned to their European breeding grounds. All it takes is a small piece of a wing feather. And since the isotope ratios in feathers remain unchanged over long periods of time, scientific specimen collections, such as those of the LIB, are of particular importance for the analysis of long-term changes.

Our treasure of the month was also subjected to such an analysis. It is a female oriole that the founder of the museum in Bonn, Alexander Koenig, collected in Burgsteinfurt, Westphalia, in June 1877 as a high school student. The current study now shows that there are two groups of orioles that spend the winter either in central or south-eastern Africa – and Alexander Koenig’s bird apparently wintered in central Africa at the time.

The inclusion of almost 90 historical specimens, more than half of which come from the Koenig Museum’s bird collection, has also revealed that these two wintering areas have been used very differently over the past 200 years, depending on precipitation conditions. Since orioles in Africa depend on warm and humid wintering areas, these shift according to large-scale changes in precipitation. Because this also has a direct influence on migration routes, these findings are of great importance against the background of current global climate change. Spatio-temporal shifts in precipitation conditions require not only orioles but also other bird species to be very flexible and mobile during migration. As a result, they also influence the fitness of the birds and can thus also influence long-term population changes. 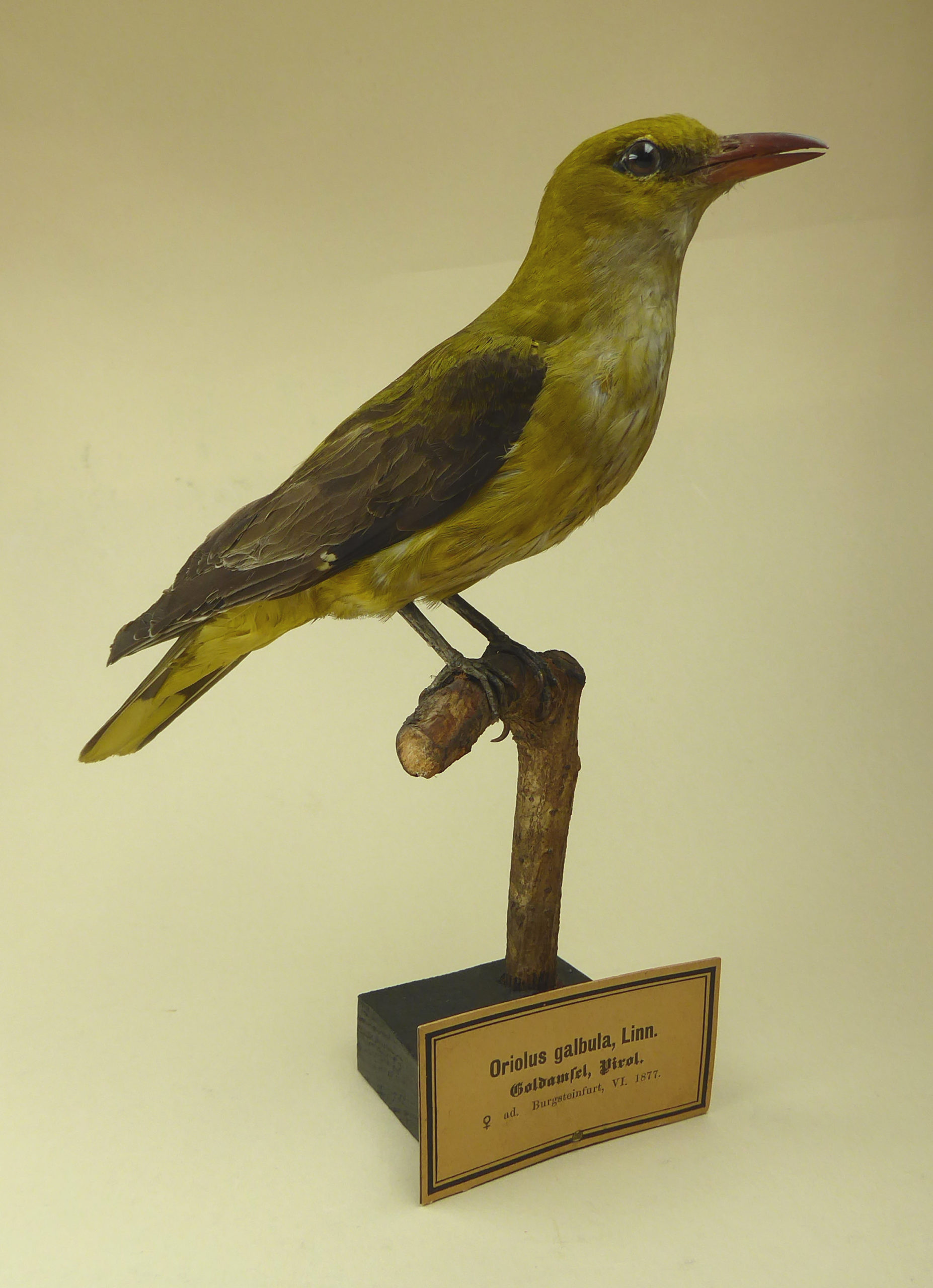 Our Treasure of the Month: The female oriole collected by Alexander Koenig in 1877. © Till Töpfer