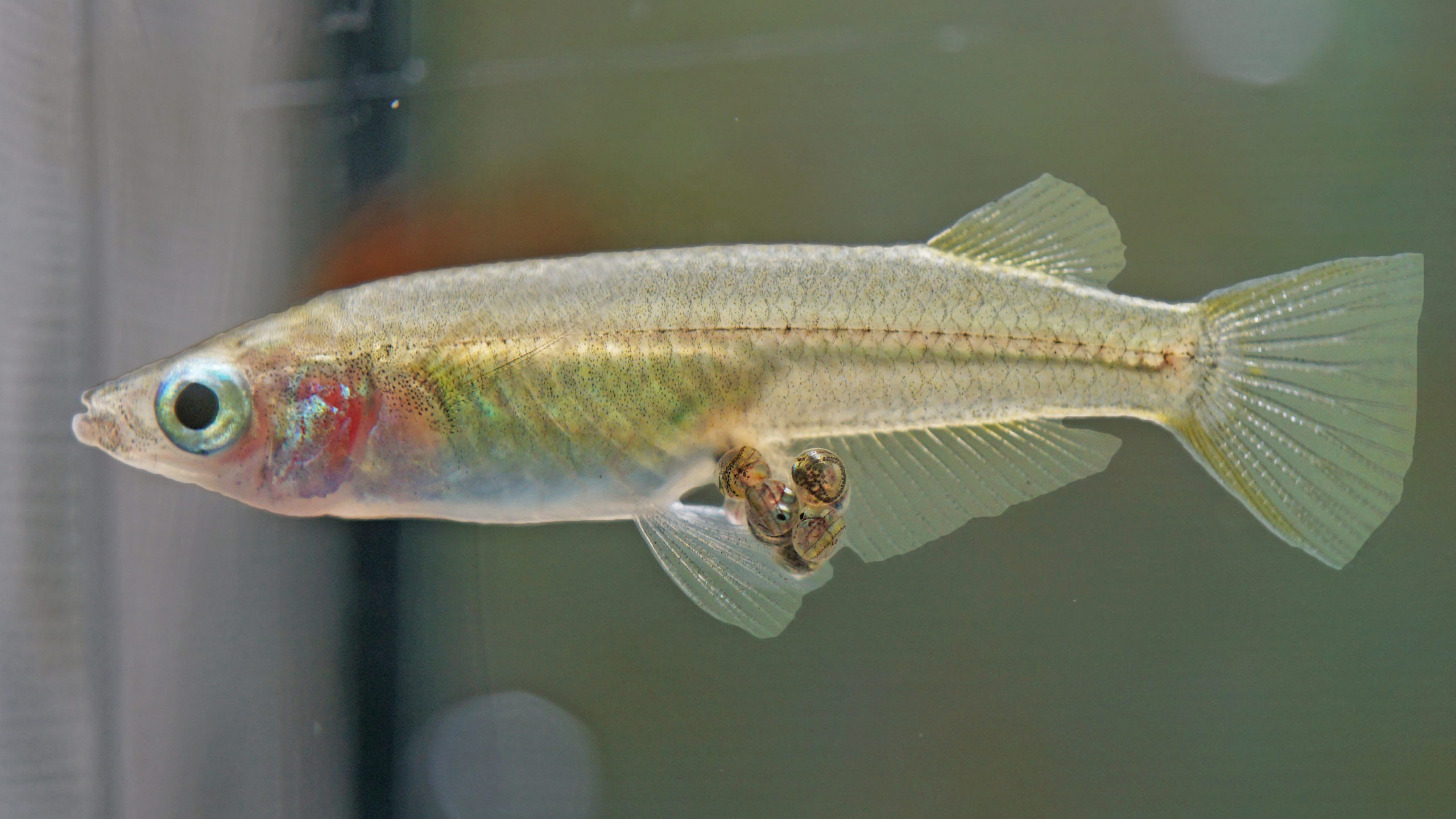 How complex innovations can emerge seemingly out of nowhere is a central question of evolutionary biology. Researchers at the Leibniz Institute for the Analysis of Biodiversity Change (LIB) discovered new evidence that inflammatory immune responses can lay the foundation for the evolution of novel tissues. This process led to the emergence of a unique tissue called “plug”, which allows ricefish mothers to carry their offspring until hatching. Such an “innovative inflammation” not only revolutionized ricefish reproduction, but also played a key role in human evolution.

At Evolution gave rise to many remarkable adaptations. These include the transformation of forelegs into flippers and even wings in marine mammals and bats, respectively. However, selection only acts on existing traits. It cannot act on traits that do not yet exist. Thus, evolutionary innovations that seemingly evolved out of nowhere have puzzled evolutionary biologists for a long time.

Now ricefishes, which are small freshwater fishes from the highlands of the Indonesian Island Sulawesi, provide new insight. In contrast to most fishes, pelvic brooding ricefishes do not deposit their eggs. Instead, they carry their eggs well-protected on their pelvic fins until hatching. This is made possible by a unique tissue: the plug. The plug forms inside the mothers’ womb after each mating and anchors thin strings, the so-called filaments, which are connected to the eggs. While numerous species form filaments to attach their eggs, e.g., to plants, the plug is only found in pelvic brooding ricefishes. But how can such a complex adaptation even evolve?   „The key insight is that recurrent inflammation can act like toolbox for evolution and thereby gave rise to the ricefish plug” explains Dr. Julia Schwarzer, Section head of Evolutionary Genomics at the Leibniz Institute for the Analysis of Biodiversity Change. There are parallels between pelvic brooding in ricefishes and pregnancy in us humans, because a modified inflammation also gave rise to mammalian embryo implantation.

By combining anatomical and molecular analyses, the researchers found that cells and signaling pathways involved in the formation of the ricefish plug usually control inflammation. Inflammation is triggered by injury or irritation of tissues and induces migration of immune cells, cell proliferation and sprouting of blood vessels. Hence, inflammation triggers a lot of processes that do not only serve wound healing, but could, in theory, also be recruited to build novel tissues like the plug.

“When the ancestors of pelvic brooders started to carry their eggs for longer periods of time, the filaments caused microscopic injuries in the reproductive tract”, explains Dr. Leon Hilgers, first author of the study who now works at the LOEWE Centre for Translational Biodiversity Genomics. The international team of researchers hypothesized that the subsequent inflammation was adapted in the course of evolution resulting in the origin of a novel tissue: the plug.

The novel insights of this study were published in the journal Current Biology and are not limited to ricefish evolution. Instead, they show that certain genes were independently recruited into the mammalian placenta and the ricefish plug. Thus, evolution found similar solutions in very different species.